After posting a comment on a previous post ’30 designers that shaped the world’, I was asked to write an article on Women Designers. In the article that I read, I found it extremely disheartening that there were only two women in the article, out of 30!
So, here I am writing about extremely influential women designers that have shaped the world of design.
Being a woman myself, I am obviously passionate about this subject. I am a third year graphic design student currently approaching the end of my studies.  I have just written a dissertation on ‘Inspirational Women in design’ discussing why women are not as well known as male designers, in what it still usually considered a male dominated field. I learnt a lot as a student and I hope that it has changed my outlook as a designer as well. The dissertation is of course, subject to my own opinion. It would be great to hear your opinions and what you think about women designers.
Firstly, I’d like to start with a few designers that I wrote about in my dissertation. 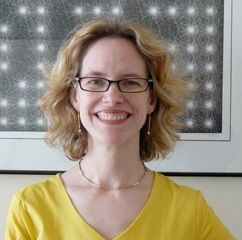 [1]
Throughout Ellen Luton’s career, she has achieved a considerable amount, despite her gender.  In her opinion she suggests that women today are among the most influential designers of American books, having forged key paradigms in the exterior packaging and internal architecture of jacket and page. She goes on to say that women across the twentieth century, have found opportunities to work in the publishing world, as editors and authors as well as designers.[2]  Luton (2004) is a classic example of a woman who has found her way in the design industry, but more importantly still asks the question as to why women are not as well recognised in design as men. Luton contributed to a collection of work to address this issue such as ‘Underground Matriarchy’ where she and Makela discuss why the role of women in design is overlooked.
To quote ‘Women of Design’, Gomez-Palacio and Vit (2008) they argue that,

‘It’s equal parts question, conversation, argument, concern, and point of polemic that extracts some of the thornier aspects of our twenty-first century society: Why aren’t there more women represented in conferences, boards of directors, judging panels and other public-facing situations, where men always seem to outnumber them?’[3]

Yet, there are many other successful women in graphic design such as April Greiman, Elaine Lustig Cohen, Paula Scher and Sheila Levrant de Bretteville. These women where trailblazers in design.[4] 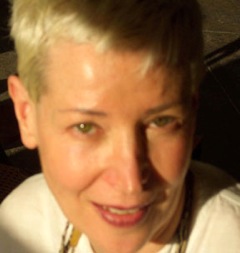 [5]
Greiman (2009) is a pioneering woman who helped introduce the computer vernacular to design through experimental mergers of type and image. Greiman is recognised as one of the first designers to embrace computer technology as a design tool. Greiman is also credited, along with early collaborator  Odgers, with establishing the ‘New Wave’ design style in the US during the late 70’s and early 80’s. The ‘New Wave’ refers to an approach to typography that actively defies strict grid-based arrangement conventions. [6] This approach has been embraced in graphic design, and is still used today with designers such as David Carson and Jamie Reid.[7]  Carson (2009) is an American graphic designer. He is best known for his innovative magazine design, and use of experimental typography.
Carson is an example of a male designer who has been influenced by the work of female designer
Greiman.  Greiman is not as well known as Carson despite Greiman laying the path of which Carson went on to develop his own design ideas when realising the potential of Greiman, and as result founded his career based on Greiman’s ‘New Wave’ design style. This is an example of a woman who has planted the seed, and a man came along and cultivated the seedling, watching it blossom into something outstanding and gaining recognition for it. 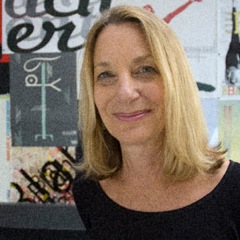 [8]
One woman who is an example of a successful and influential designer is Scher.  Pentagram is the world’s largest independent design consultancy. The firm is owned and run by 16 partners, a group of friends who are all leaders in their individual creative fields, one of which is Paula Scher[9] who was the first female principal at Pentagram.[10] Scher (2002), who was part of the New York Design Community since the 1970’s worked amongst a core group of powerful men who ruled the design community. Nevertheless, despite being around powerful male designers, this did not stop her or intimidate her and still, her professional career went on to be a success.
Scher is an example of a successful, influential woman who has never allowed limitations get in her way.
As a consequence of her unparalleled approach to design in 1998, Scher was named in the Art Directors Club Hall of Fame, and in 2000 she received the prestigious Chrysler Award for Innovation in Design. She has also served on the national board of AIGA and was president of its New York chapter from 1998 to 2000. In 2001, she received the profession’s highest honor, the AIGA Medal, in recognition of her distinguished achievements and contributions to the field. She is a member of the Alliance Graphique Internationale. Her work is represented in the permanent collections of the Museum of Modern Art and the Cooper-Hewitt National Design Museum, New York; the Library of Congress, Washington, D.C.; the Museum für Gestaltung Zürich; the Denver Art Museum; as well as the Bibliothèque Nationale de France and the Centre Georges Pompidou, Paris.[11]
It appears that as society has changed and women have become more successful whether that is starting up their own businesses or having the opportunities to achieve more. Women are doing it for themselves.  Morgan (2011) argues that although unemployment is rising and the downturn appears to be hitting women disproportionately hard, it seems female entrepreneurs are opting to do it for themselves, bringing a distinctly female approach to business.’[12] 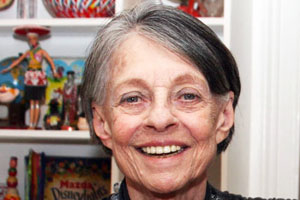 [13]
Another ground breaking female graphic designer, artist and archivist is Elaine Lustig Cohen. She is recognised for her expansive volume of design work amalgamating European avant-garde and modernist influences into an American, mid-century style of typographic communication.  From the 1970s until around 1998, Cohen maintained a gallery called Ex Libris on the upper East Side, which she founded with her second husband, the publisher and author Arthur Cohen. The gallery was well ahead of its time in the handling of avant-garde books, posters, collages, paintings and decorative arts. Cohen assumed ownership of her husband’s midtown Manhattan design practice after he died at the age of 40.  However, most of his clients, among them the architect Johnson, expected Cohen to complete her husband’s unfinished commissions.
Dirty Work
Little did they realise that Alvin Lustig, a totemic force in the field of the modern design, never offered to include her in his own projects. “As a rule, no one in the Lustig office designed except Alvin himself,” Cohen recalls. In fact, Cohen and Alvin’s assistants, including (for a short time) Ivan Chermayeff, would do the so called “dirty work” while Alvin, dressed in a crisp white shirt and tie, sat at his immaculate marble desk with only a tracing pad, making thumbnail sketches for others to render.’[14]
Once Cohen had taken over her husband’s design practice, she remarked “My gender may have been an issue for other designers, but not for my clients.”[15] Cohen began in her husband’s shadow, yet emerged among her male peers as a perfect example of contemporary graphic design as well as typography. Through Ex Libris, she became a commodity of design history and a knowledgeable and generous resource for scholars and students of design all around the world. She is currently a living link between design’s modernist past and its constantly changing present. 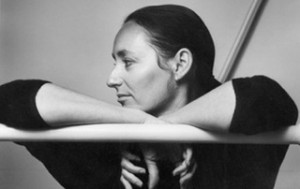 [16]
Sheila Levrant de Bretteville is a graphic designer, artist and educator whose work reflects her belief in the importance of feminist principles, user participation in graphic design, and diverse local community issues. Since 1990 she has been the director of the Yale University Graduate Program in Graphic Design, one of the oldest and most important design programs in the country.[17]  Levrant de Bretteville holds a pivotal role in the history of feminist art.
She founded the Women’s Design Program at the California Institute of the Arts in 1971
Co-founded the first independent feminist art school in the United States, the Feminist Studio Workshop in Los Angeles in 1973 (with Judy Chicago and Arlene Raven), and there created the Women’s Graphic Center.  In 1980, Levrant de Bretteville established the Department of Communication Design at the Otis Art Institute and in 1990 became the first woman to receive tenure at the Yale University School of Art.  Throughout her career Levrant de Bretteville has continually focused on the social implications of design and worked to establish the means by which women artists could collaborate to address and publicise feminist concerns as part of the design process.[18]
However, even though Levrant  de Bretteville has achieved a lot for women, she does not believe that she has acted as a result of a personal feminist views and opinions, she defended her position quoting, “When I think of my myself and my work I do not frame it by my feminism. That reframing is a result of the current reengagement with 1970s feminism. My work is influenced by my earliest memories of my father, his sense of community and commitment to his fellow worker.”[19]  Levrant de Bretteville achieved a lot in 1990, by becoming a director of the Yale University Graduate Program in Graphic Design.
Fellow female designer, Ellen Lupton (2012) of National Design Triennial catalogue rightfully states that, on both coasts of the United States, Levrant de Bretteville used typography and environmental design to enhance communities and that her aesthetically rich, metaphoric projects are indeed meaningful to a diverse range of local populations.[20]  These are just a few examples of successful and creative women that have shaped the design industry, who have achieved so much in their creative careers in industry. As mentioned previously, some of these women have influenced some of the most well known male graphic designers in the industry today.

Theories of why women are overlooked in design

‘Ruth d’Andilly-Clune is a third year Graphic Design Student at the University of Lincoln, UK. She graduates later this year. Although primarily a designer, Ruth also has an avid interest in writing and photography. She blogs often and enjoys intellectual and stimulating reading which is enables her to further her knowledge and to develop her skills as a designer and individual. Ruth has also had the wonderful and unique opportunity of working in London for a short time with the well known artist Sam Winston.  She loves black coffee, and her cat, Rajah’
Reach me at: Site: www.ruthdandilly.com   Blog:ruthdandilly-clune.blogspot.co.uk/